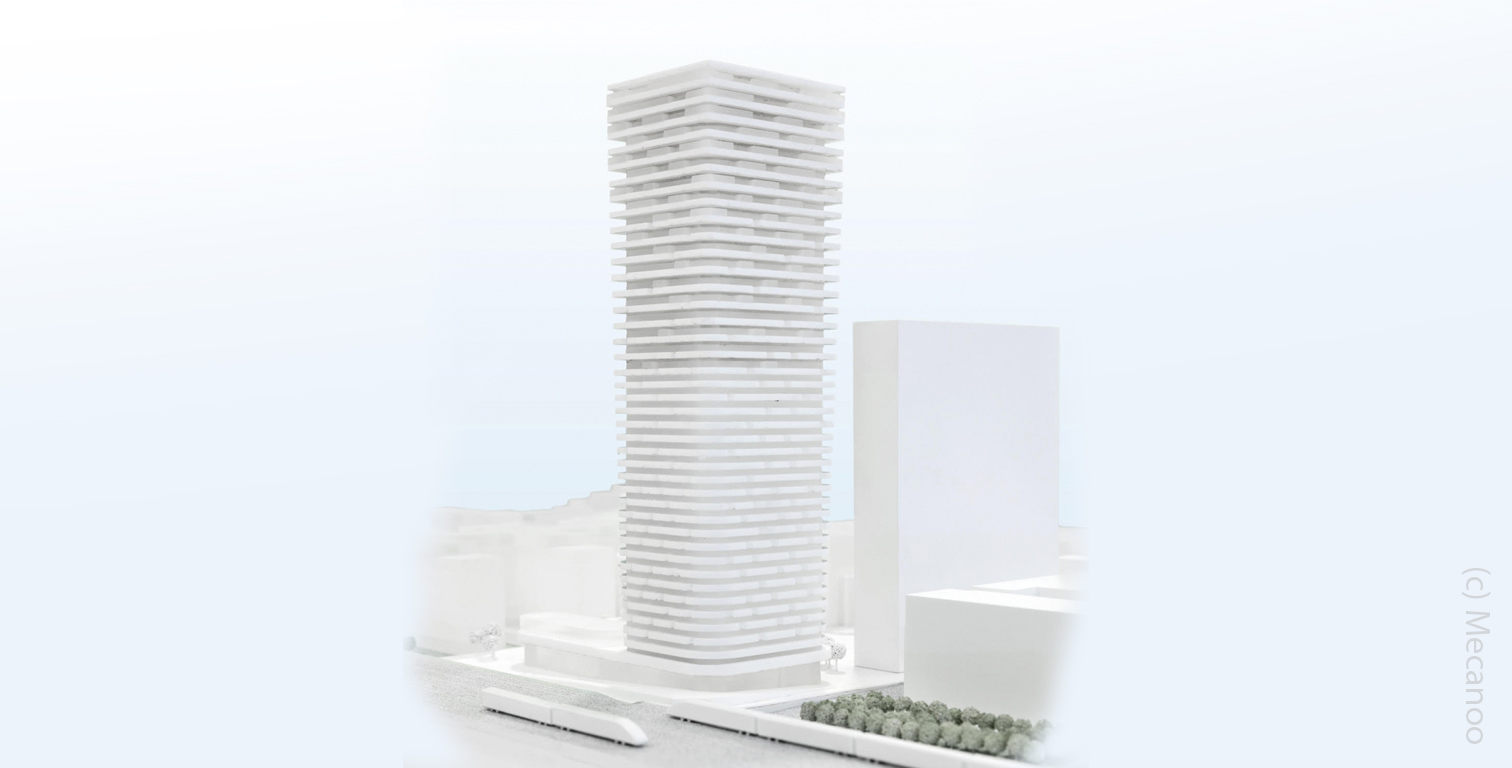 With Grand Central Frankfurt, a mixed-use quarter is being built in the immediate vicinity of the main train station. A modern office building is currently under construction and has already been fully let to Deutsche Bahn AG (the German railway operator). An architectural competition was already held for the design of the district between Hafenstrasse and Adam-Riese-Strasse. Part of the project development is a total of approx. 55,000 square meters of new living space.

As part of the Grand Central project, a new skyscraper tower called Icoon is to be built in the immediate vicinity. Up to 600 apartments are planned here, which are spread over a 140 meter tall residential tower and an adjoining neighboring building. An approximately 1,300 square meter day-care center and 1,700 square meters of commercial space for local supply and catering complete the neighborhood mix and create a new, attractive, urban location. The share of subsidized housing amounts to a total of approximately 16,500 square meters of living space, divided in half into the funding programs 1. Förderweg and 2. Förderweg.

The office tower on Hafenstrasse, which was previously used by Commerzbank AG, is to complete the construction project. This existing 90-meter tower is to be renovated under the title “Virage” and possibly converted into a hotel or apartment house. The lease agreement with Commerzbank AG expires at the end of 2019.

The Grand Central Frankfurt project is being developed in a joint venture between Gross und Partner and PHOENIX Real Estate Development.

Status March 2020: The city model in the planning department shows the Icoon tower in the Frankfurt urban landscape as if it had already been built.

Status June 2019: For better orientation we have marked the future construction site of the Icoon here. The flat office building in the background (under construction) is part of the Grand Central project. To the right of it is the former Commerzbank High-Rise.

Check out the crafting models
Data protection | Legal notes | Login
Do NOT follow this link or you will be banned from the site!
X
open door