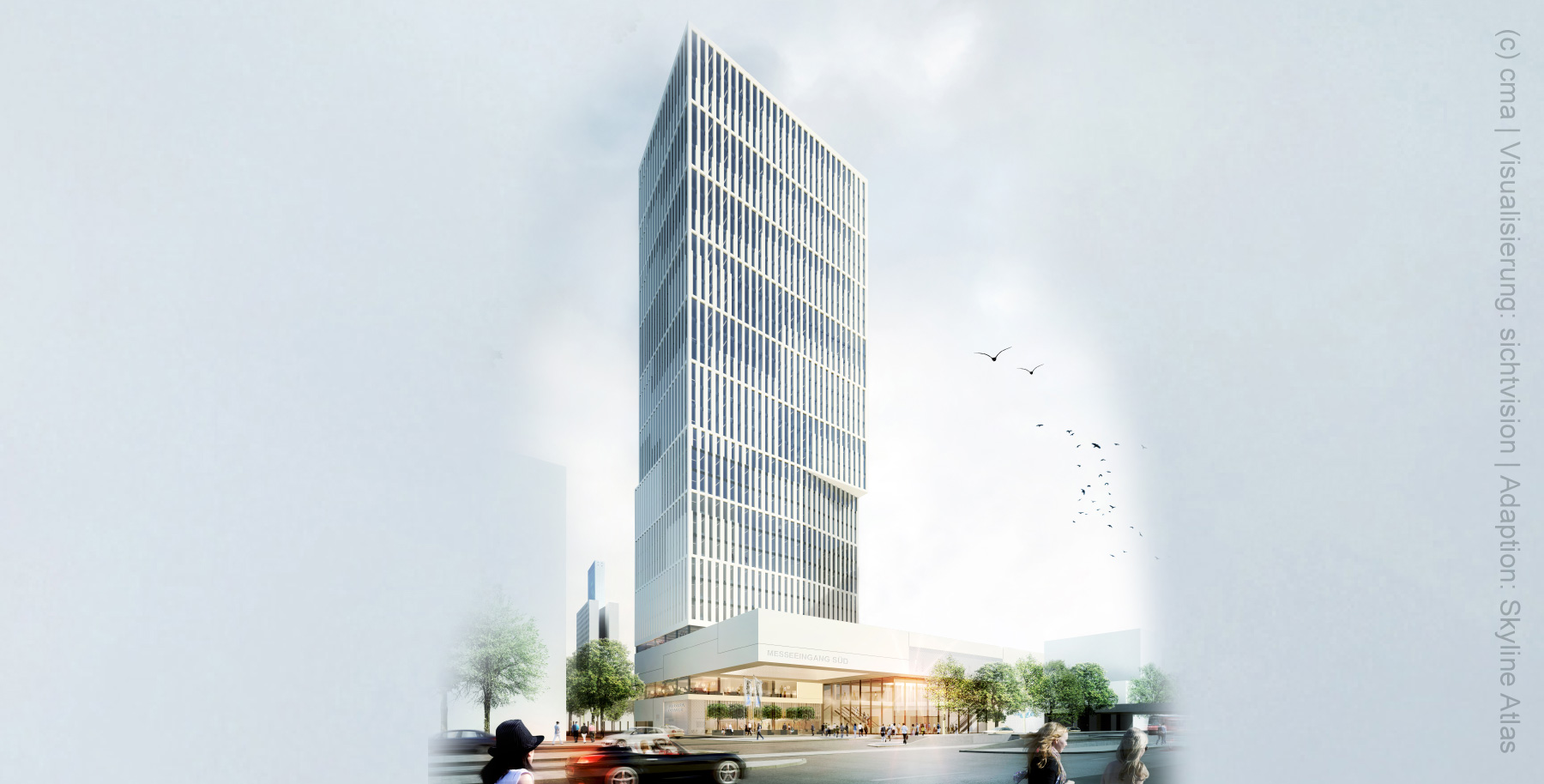 According to the current state of information, the skyscraper at the south entrance of Messe Frankfurt (“Hochhaus Messeeingang Süd”) will be further planned from 2020 and built from about 2021. Completion is scheduled for the year 2024. The tower is supposed to include a hotel and office space. The hotel, for which there is no operator is known yet, arises in the lower part (between the 5th floor and 18th floor). Below the hotel the conference areas and rooms for catering will be constructed. The technical floor (19th floor) separates the hotel from the office space above it. Between the 20th floor and the 25th floor, open-plan offices are being built, which are to be used by Messe Frankfurt. Between the 26th floor and the 32nd floor arise freely rentable offices. The two top floors in the tower head again house building technology. The official height of the new Highrise at Messe Entrance South is exactly 123.10 meters up to the top of the roof (117.10 meters plus 6 meters of technical construction – see building section). Note: When you count floors in Germany, the ground is floor #0 and not #1.