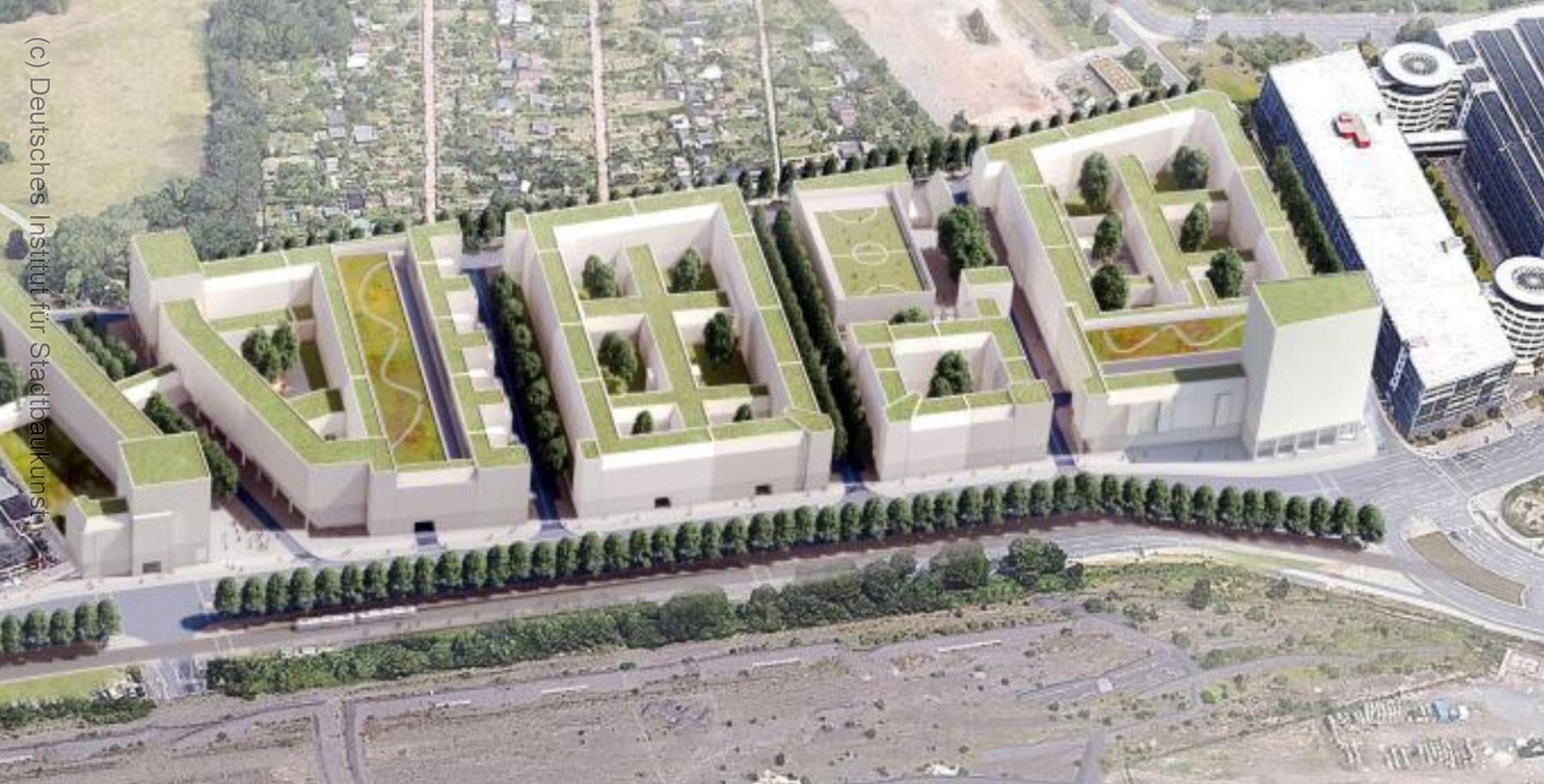 At the western end of the European Quarter (Europaviertel), around 2,000 new apartments are to be built on what is today the bus depot of the Frankfurter Verkehrsgesellschaft (VGF), Frankfurt‘s public transportation operator. In June 2020, head of planning Mike Josef (SPD) presented the planning for the Roemerhof project together with head of traffic Klaus Oesterling (SPD), the managing director of the housing association ABG Frankfurt Holding named Frank Junker and the architect Christoph Maeckler from the German Institute for Urban Design (Deutsches Institut für Stadtbaukunst).

A district with building blocks is to be built in an area of ​​around 29 hectares. The concept follows the model of the “european city”, which is characterized in its construction by short distances and a functional mix as well as social diversity.

The vague plans also include a high-rise tower on the eastern part of the Roemerhof development area. According to previous ideas, this tower could be around 14 storeys high and will contain residential purposes.

The plans for the area will probably take some time. Because no new location has yet been found for the bus depot, an area in the Roedelheim district is in prospect.