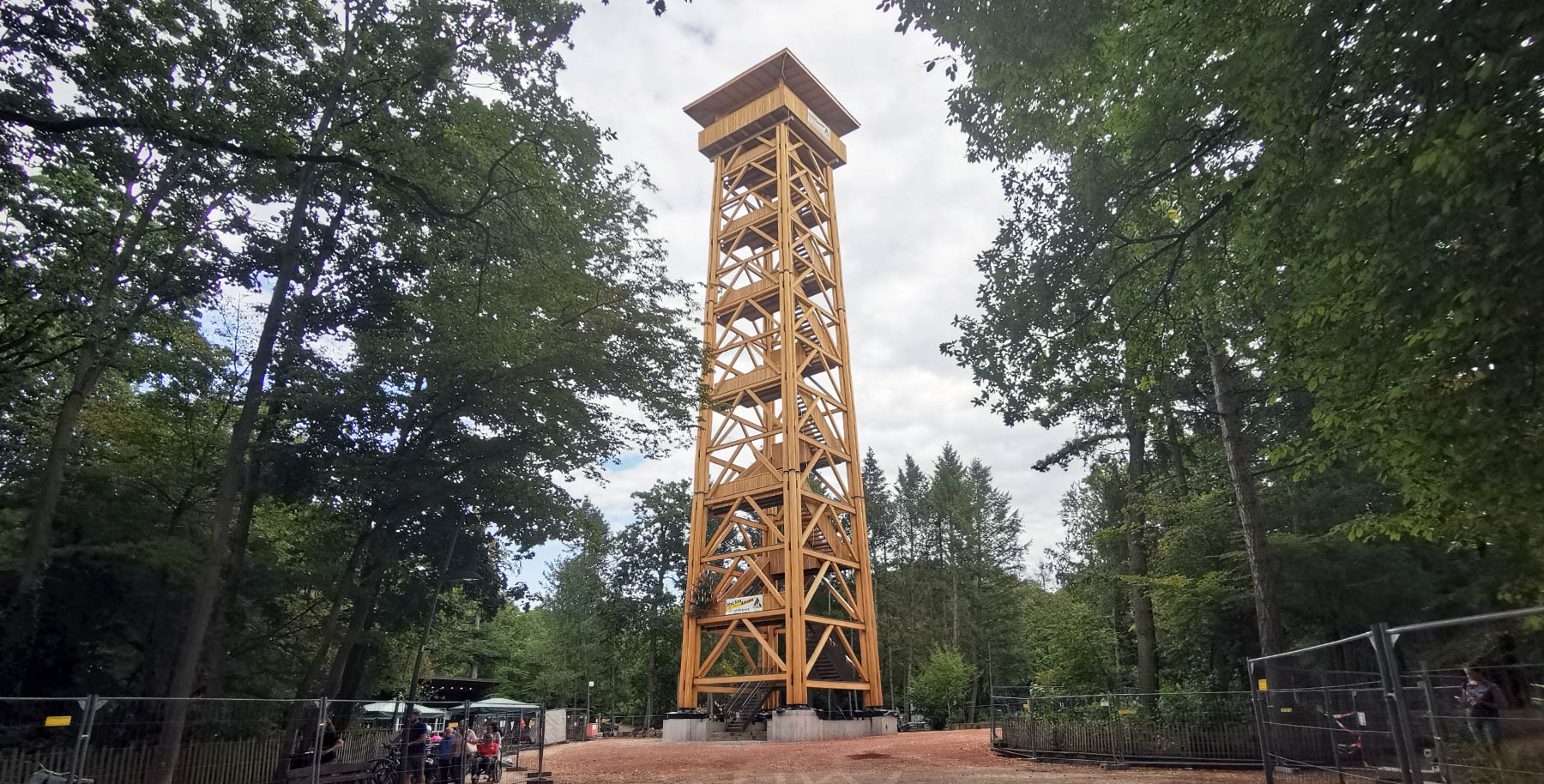 The Goethe Tower (in German: Goetheturm) is an observation tower built primarily of wood in autumn 2020 on the northern edge of the Frankfurt city forest. The tower named after Johann Wolfgang von Goethe was the tallest publicly accessible wooden structure in Germany until 1999 when it was replaced by the Millennium Tower in Magdeburg.

On the night of October 12, 2017, the original Goethe Tower was destroyed by arson. The reconstruction of the new Goetheturm building began in November 2019. Completion took place in August 2020, the inauguration happened on October 12, 2020 (exactly three years to the day after the fire).

Visitors can visit the Goethe Tower again free of charge from mid-October after getting a permit (because of COVID 19). The staircase was accessed via twelve intermediate landings. At the very top of the tower head is a covered 6 by 6 meter viewing platform. From here, visitors have a view of Sachsenhausen, the skyline of the Financial District, the Offenbach skyline and the city forest from a height of around 39 meters.

The only difference between the new Goethe Tower and its predecessor is its lighter color. The new building is also largely made of wood; Steel elements were installed at some interfaces and on the structure to make the tower more resistant to moisture and to facilitate maintenance. Until it opens, the Goethe Tower will be covered with almost invisible steel nets from top to bottom. In addition, for security reasons, the tower is monitored in the near and far by intelligent security cameras that are also connected to a control center.

Status September 2020: Even if the Goethe Tower will open this year, there will be no big opening ceremony. According to Frankfurer Neue Presse newspaper (FNP), there will be no official opening ceremony at the Goethe Tower this year. Günter Murr, spokesman for the responsible department head Jan Schneider (CDU), confirmed this to the newspaper. However, there should be the opportunity to climb the tower in certain time windows and after registration.