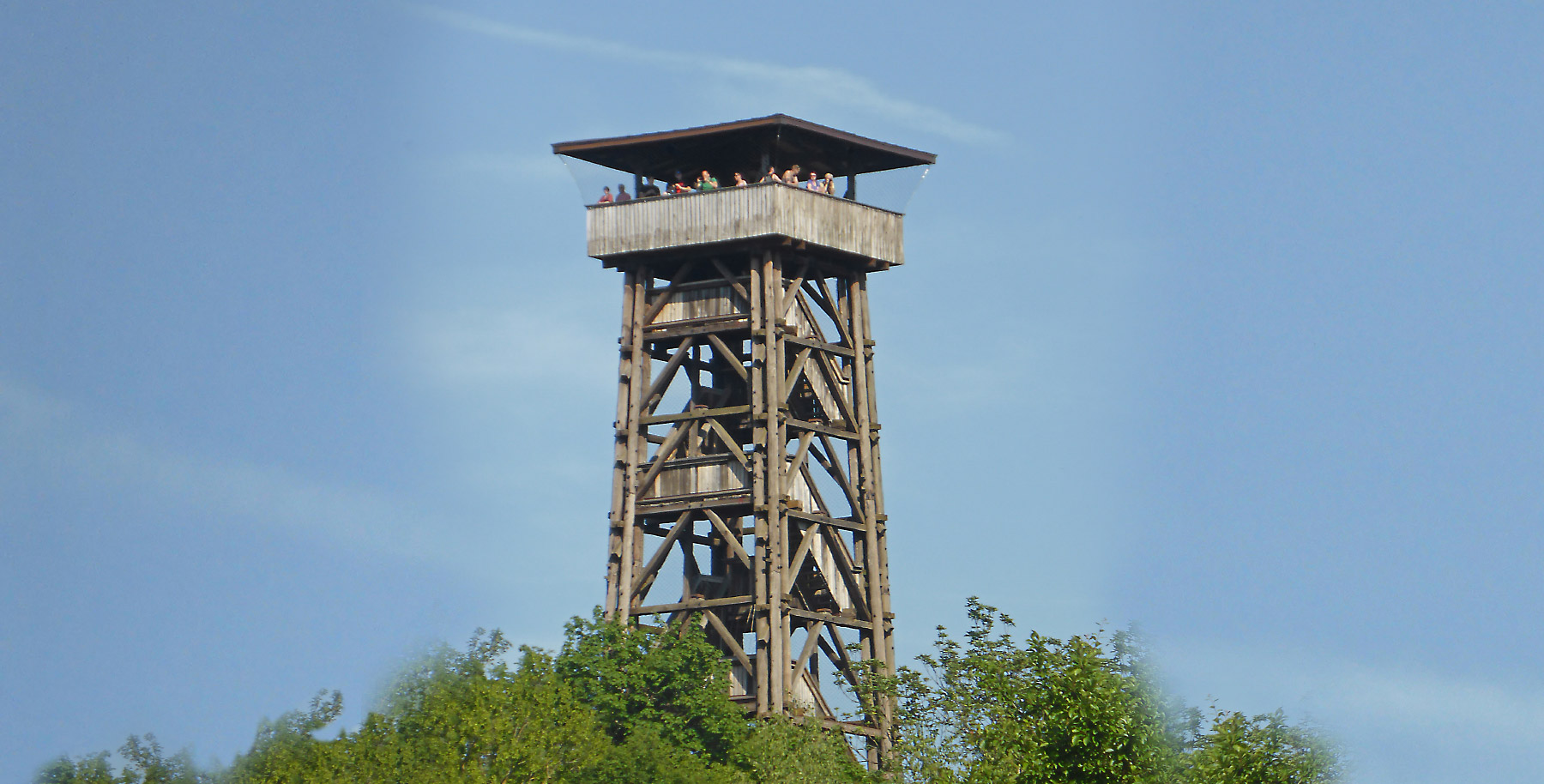 The original Goethe Tower (in German: Goetheturm) was a 43.3 meter high wooden observation tower on the northern edge of the Frankfurt city forest, south of the city. The Goethe Tower was a popular destination for locals and tourists until it was destroyed by arson on the night of 12 October 2017. Reconstruction of the Goethe Tower began in November 2019 and is scheduled to finish around the end of 2020.

The old Goethe Tower had a square floor plan with 196 steps and was built entirely of wood. Each side had a width and length of 8.4 meters. At each corner were 1.35 meter high foundation blocks clad in sandstone, which were connected by sandstone walls except on the northwestern entrance side. Four large-diameter wooden posts, each consisting of four sections due to the height of the tower, were raised on the corner foundations. They were all connected in a framework construction, which tapered up to the platform on 5 meters edge length and enclosed the right-turning stairway.

Visitors were able to visit Goethe Tower free of charge. The staircase was accessed via twelve intermediate platforms. At the top of the tower was a 6 x 6 meter covered viewing platform. From here, visitors had views over Sachsenhausen, the skyline of the Banking District, the Offenbach skyline, and the city forest from a height of around 39 meters.

Until construction of the Millennium Tower in Magdeburg in 1999, Goethe Tower was the highest publicly accessible wooden building in Germany.