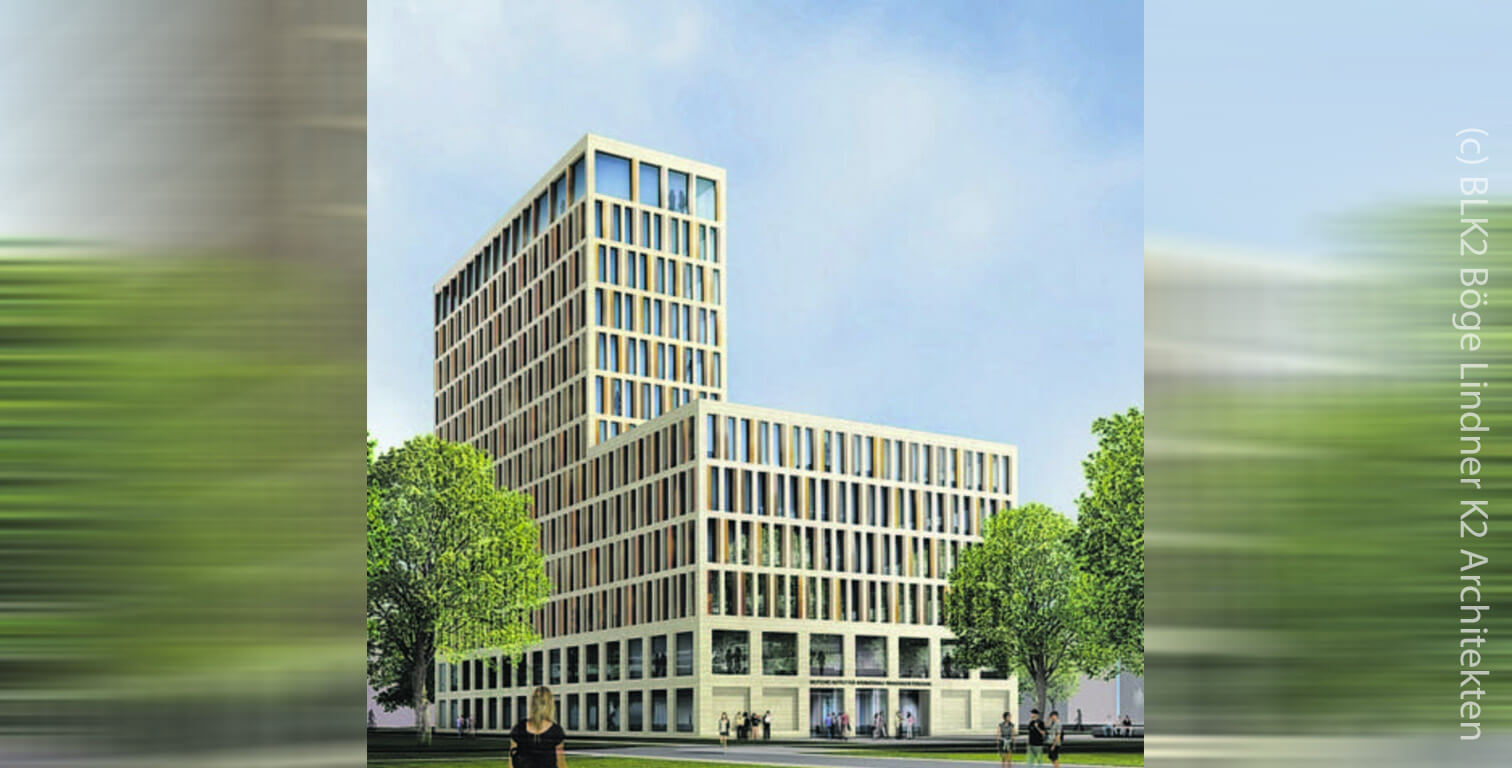 The DIPF (German Institute for International Educational Research) is built on the West End Campus of Goethe University. This high-rise has 13 floors and is located on Miquelallee street. The building complex is to be handed over to its destination in spring 2018. Due to the new building, the institute, which had been distributed among several locations in Frankfurt and Berlin, is now centralised in Frankfurt. A children’s day-care centre, sponsored by the Leibniz Association, is also integrated.

Status October 2017: The building structure has been completed and the interior is now being constructed (see picture below).