You will find the results from the press conference on the Millennium Tower area updated here.
Reading time: 2 minutes
Sky Atlas 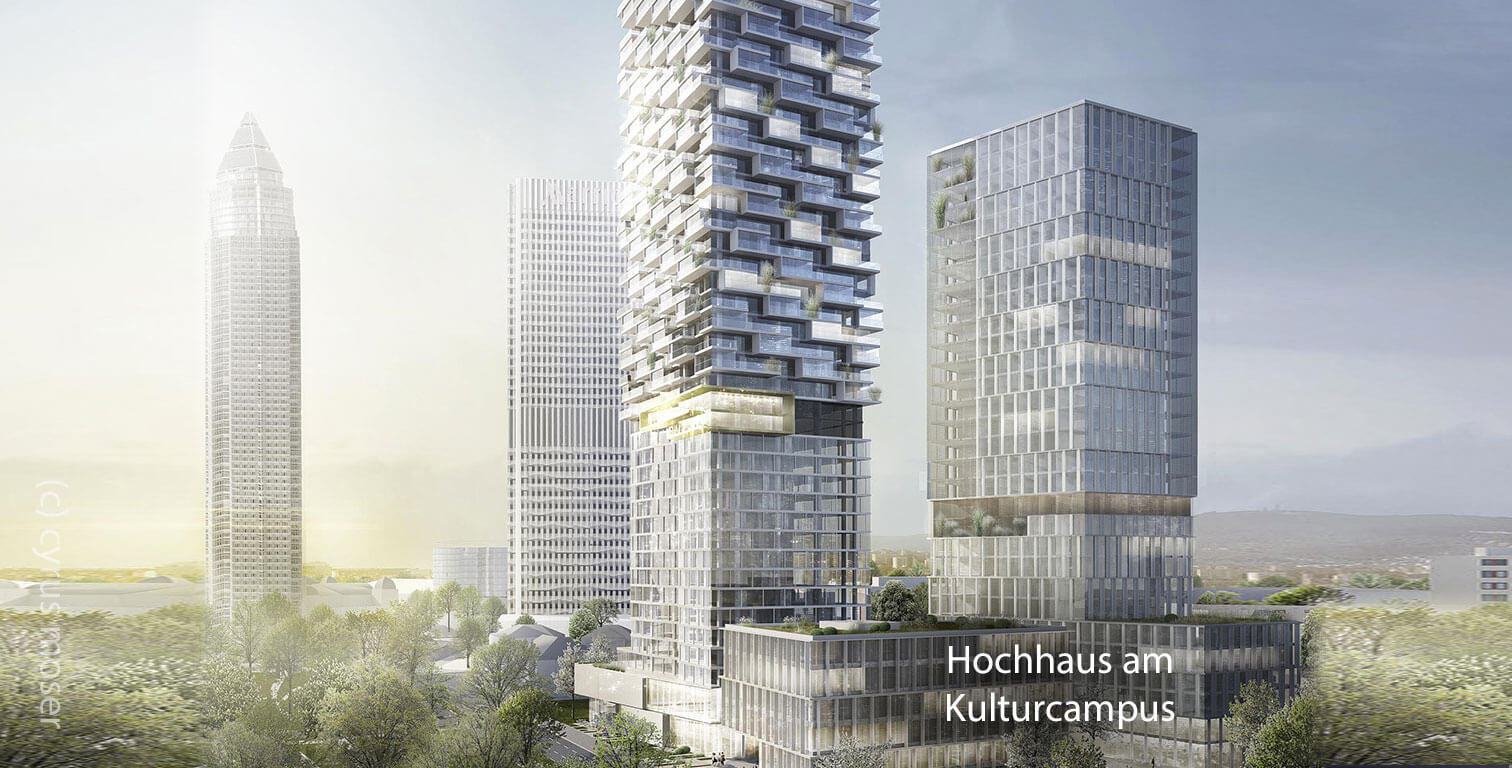 A 106-meter high office tower called NINTY NINE WEST (99 WEST) is currently constructed on the site of the former AfE Tower on the Senckenberganlage. For this, the project developer Gross & Partner had issued an architectural competition from which a winner was chosen at the end of September 2017. The winner of the architectural competition was cyrus moser architekten (cma), who also designed the adjacent tower, ONE FORTY WEST. Gross & Partner has sold the project development in the meanwhilte to BNP Paribas Real Estate. The project was also known as Hochhaus am Kulturcampus earlier.

The client is investing a total amount of around 265 million euros in the 99 WEST project. The office building is built with sustainability in mind: a BREEAM certification is aimed to be achieved.

The French major bank BNP Paribas S.A. moves with its German headquarters into the first thirteen floors. The office tower is thus pre-let with around 60 percent of the space before completion. A gastronomic offer is planned on the ground floor of 99 West Frankfurt.

“The concept of cma convinced us because it is particularly well suited to ensemble ideas, which is especially important to the residential area of Bockenheim. The differentiation of the pedestal area and the successful connection to the day care centre were also rated very positively”, explains Jürgen Gross, managing partner of Gross & Partner, who had the winning design. Second place in the competition was awarded to Frankfurt-based architecture office schneider+schumacher, while third place was taken by KSP Jürgen Engel Architekten also from Frankfurt.

In their last meeting before the municipal elections in 2016, the city council decided to develop the campus plan, which will be designed to function as a mixed-use district with housing, jobs and cultural facilities after the university moves.