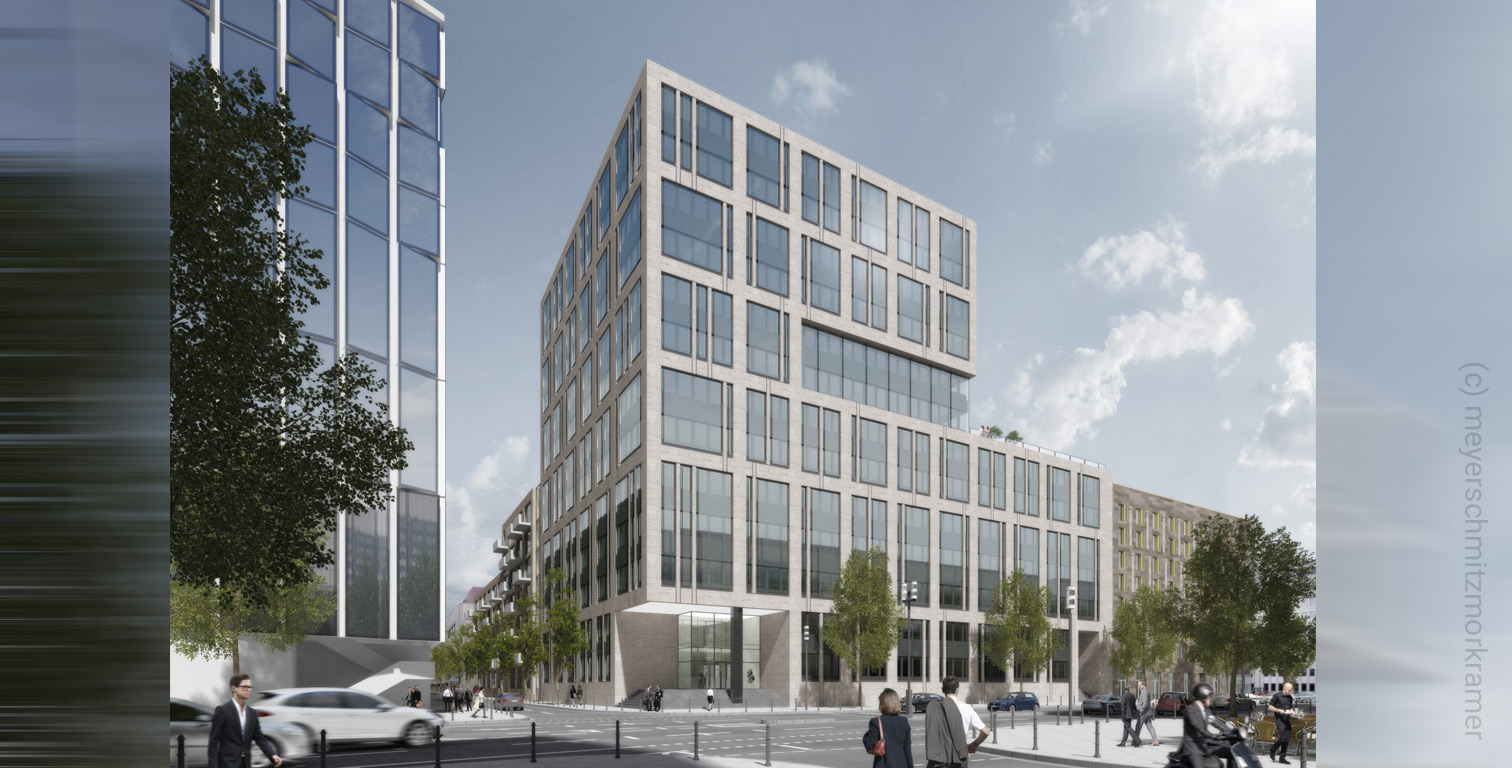 In Frankfurt’s Banking District, a project named 2stay is constructed on Mainzer Landstrasse as a hotel building. The design comes from meyerschmitzmorkramer (after splitting their office holger meyer architektur and caspar.) and it features a gross floor area of ​​33,000 square meters. The former headquarters of Hypo Vereinsbank in Mainzer Landstrasse 23 will be completely refurbished – a total of 385 rooms will be built.

The new hotel project is based on a double-brand concept: the rapidly expanding NOVUM Hotel Group has originally entered into a 20-year lease with the project developer SSP Group. The concept includes a stylish Indigo Hotel and a comfortable Staybridge Suites apartment house.

The Indigo Hotel (236 rooms) will feature modern equipped conference rooms, an a la carte restaurant and a rooftop bar. With Staybridges Suites (148 residential units), the successful concept for serviced apartments is coming to Germany for the first time.

Status July 2021: The 2stay project is not being implemented. Instead, according to the latest information, the office project Canyon Frankfurt will be constructed.

Status June 2021: Since a couple of months no construction activity can be recognized.