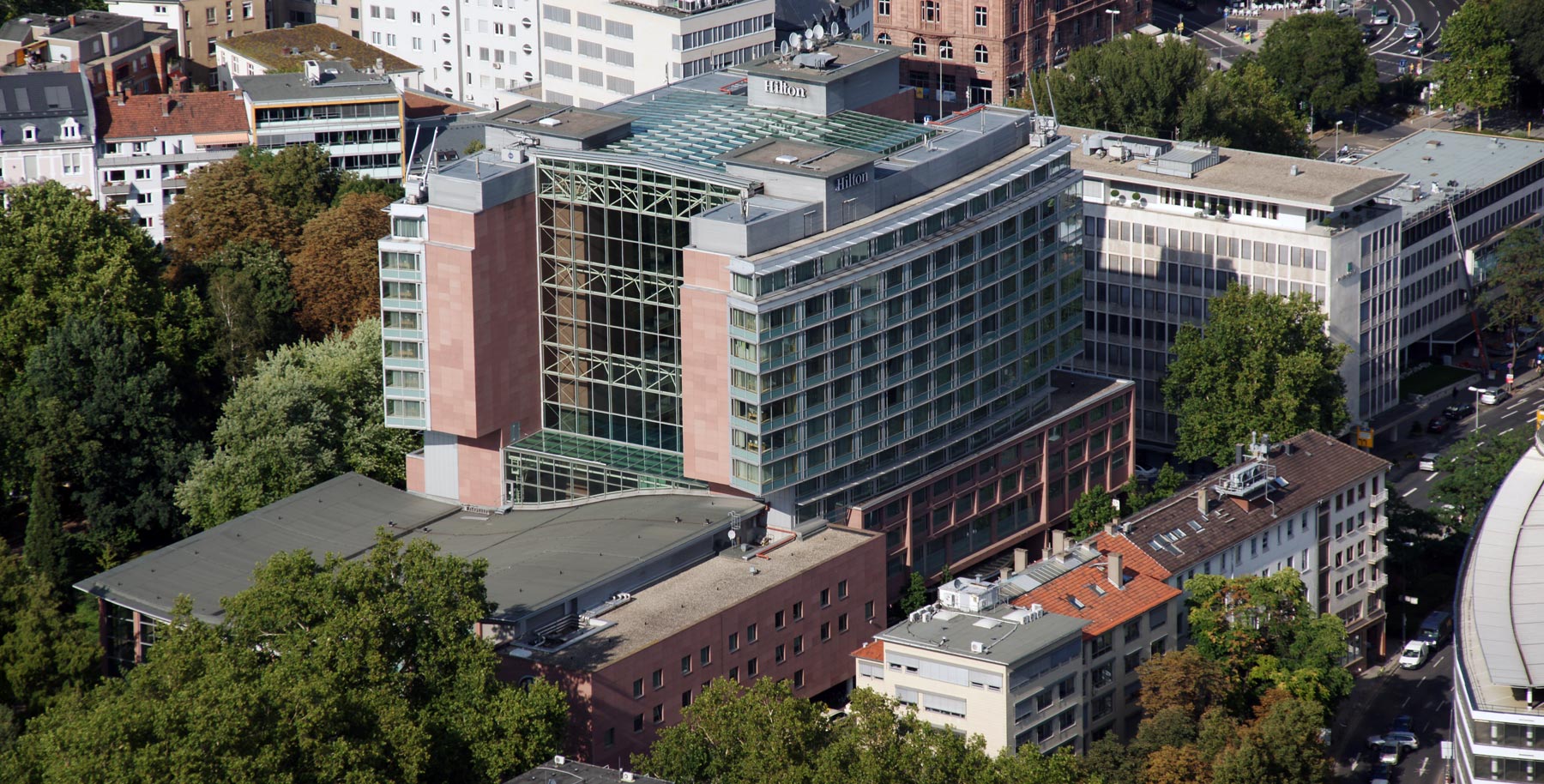 The Hilton Hotel was built in 1998 and was designed by John Seifert Architects from London. The planning services were provided at the time by the well-known planning office KHP König, Heunisch and Partner. The official name of the hotel is Hilton Frankfurt City Centre.

The 14-storey hotel is located on the Bockenheimer Anlage and thus at the Wallanlagen. From here, other areas of Frankfurt city center can be easily reached on foot: the Financial District, the Stock Exchange and the Old Opera are just a few minutes’ walk away.

The Hilton hotel complex has a usable area of around 28,000 square meters (301,390 square feet). In addition to being used as a hotel, the Wave fitness studio (formerly Stadtbad Mitte) is also housed in the hotel building. The Wave Frankfurt fitness center can also be used by hotel guests. There are 78 parking spaces on the two basement floors.

The Hilton Hotel uses a building material for the facade that is often used in facade design in Frankfurt: sandstone. The facade is designed as a curtain wall facade, i.e. it hangs in front of the actual building.

Status 2021: The building technology of the Hilton Hotel was brought up to date by Siemens Smart Infrastructure.